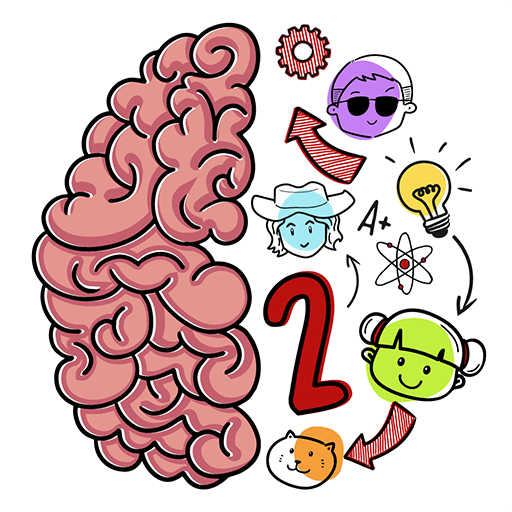 Brain Test 2 – All about the game, level answers & solutions

By George PhillipsOctober 5, 2021No Comments

The mobile gaming industry is undeniably on the rise this generation. However, the best mobile games are those that don’t mimic the other video games built to perform in next-gen consoles or the pc.

A mobile game that works tests your brain to the next level. So forget the Angry Birds and the Temple Runs in the world and make your brain have fun once in a while. This is why Brain Test 2 for the IOS and Android is the best to stimulate your brain while giving you tons of enjoyment with it.

Today, you’re going to find out why Brain Test 2 is worth the download and a sneak peek at the different level patterns that will answer some questions that have impossible answers when facing them. So, without further ado, here is an in-depth look at Brain Test 2!

How to play Brain Test 2

If you’ve played similar brain teaser games before, Brain Test 2 falls into this category and makes you even think harder for the oddest questions you’re ever going to face. You have to solve different levels, and the questions or tasks that are asked from you look so easy on the surface, but there is more to them than meets the eye.

The slew of questions that will bombard you are mind-boggling and tricky at best, and they will seriously test your patience. But, the moment you figure out what they mean, you’ll instantly feel so great that you were able to figure out what the question and puzzles mean.

You might also be wondering how the game’s questions work. To give you an idea, a query can simply be a picture of the solar system, and you have to lead the spacecraft back home, and the twists and turns start from there, and you have to figure out what it implies that’s beyond what it is showing.

Another question can pose a jail cell where a convict has to escape with only a chisel. Again, it’s up to you to figure out how to solve the riddle using the pictures as clues and the characters’ environment.

Nevertheless, it’s a game that’s great as a time waster if you’re on your break with a group of friends who’re going to help you with answering the questions.

The gameplay is straightforward and is intended for anyone who can use a phone in its simplest form. It doesn’t matter how old you are; you can play this game with basic comprehension. The texts presented in this game don’t even go beyond two lines at most. So, you can trust that you’re going to understand the gameplay just fine.

However, the challenge lies in answering the riddles with sound logic and critical thinking, the hardest part. So, while the gameplay is displayed in a straightforward presentation, don’t let that fool you for how challenging the game is.

Brain Test 2 has over 1,000,000 downloads in the app store and an average 4.6-star rating from its users. So it’s safe to say that the game is promising and delivering as it intends, and people are enjoying it to the full extent as the game keeps teasing their brains to think of ways to solve the puzzles offered by Brain Test 2.

The talented developers and concept creators made Brain Test 2 alongside other games like its prequel and Life Choices. As a result, Unico Studios’ games have almost indistinguishable and very similar looks.

If you’re interested in their games, go to the app store and check their stuff out because they have many games like Brain Test 1, Life Choices, and Who is? Please give them the support they need to make them appreciate and make more games in the future.

What if you get stuck on a level?

If you’re stuck on a single level, many sites online, including our own, post different answers for questions that may be too hard. Try visiting these pages and check the answers for yourself.