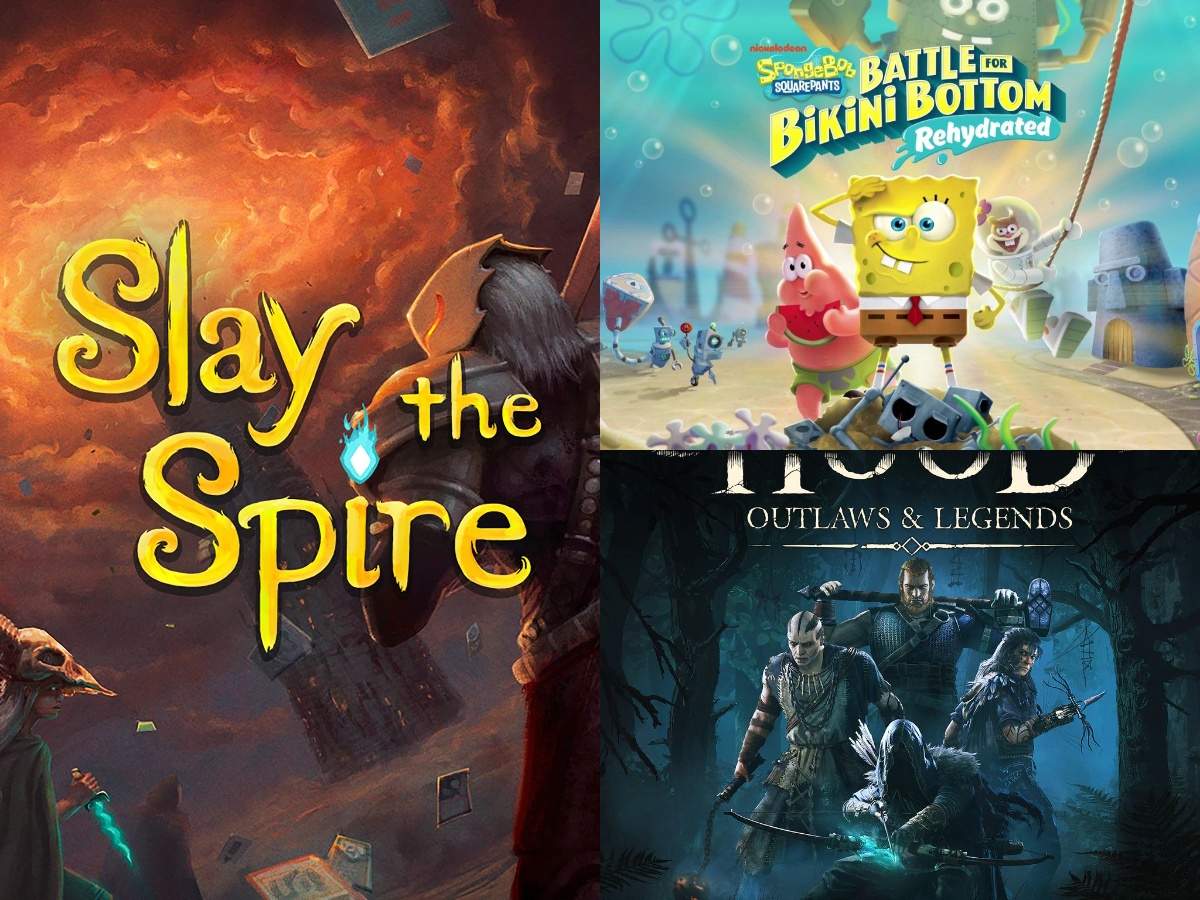 Free Games with PS Plus – The best free games monthly

By George PhillipsApril 12, 2022No Comments

The PS Plus Best Games list is a compilation of the best games that are available for free to PS Plus members. The list includes games from a variety of genres, so there’s something for everyone.

If you’re a PlayStation Plus subscriber, you know that every month you get access to a selection of free games. But which ones are the best? Here are our picks for the best free games you can get with PlayStation Plus!

Free Games with PS Plus in April 2022

A card game fused together with roguelikes to create a single player deckbuilder game where you can craft a unique deck, fight weird creatures, find powerful relics and Slay the Spire. Free with PS Plus as of April 2022

A classic cult, remade in a spongetastic manner. You can play as Spongebob, Sandy or Patrick and fight the evil Plankton and Mr. Krabs.

The best Free Games for PS Plus

This one is a no-brainer. Rocket League is an incredibly fun and addictive game that can be enjoyed by everyone. From its chaotic and action-packed matches to its impressive visuals, there’s a lot to love about Rocket League. Many people consider it to be one of the best games of all time, so it’s worth checking out if you haven’t already.

When it comes to single-player experiences, it doesn’t get much better than God of War. This latest entry in the franchise is a masterclass in storytelling, world-building, and gameplay. It was created by one of the most talented teams in the industry, and it shows. If you’re looking for an epic adventure that will keep you hooked for hours on end, God of War is the game for you.

Bloodborne has taken the world by storm and become one of the most popular PlayStation 4 games of all time. This action RPG from FromSoftware is set in a dark and gothic world that is filled with nightmarish creatures. The award-winning game is challenging and rewarding, and it’s worth checking out if you’re a fan of the genre.

Since 2013, The Last of Us has been regarded as one of the best video games ever made. It’s a gripping and emotionally-charged tale about the bonds between a father and daughter, set in a post-apocalyptic world overrun by zombies. The game is visually stunning, and its gameplay is some of the best in the business. The Last Of Us part two has recently been released and it is also available as a PS Plus free game so now is the perfect time to catch up on this fantastic franchise.

Battlefield 1 is a first-person shooter set in World War 1. The game’s campaign is an emotional rollercoaster that tells the stories of various soldiers from different countries. The multiplayer is also excellent, and there’s a good variety of maps and modes to keep you coming back.

The latest entry in the Battlefield franchise, Battlefield 5, is also available as a free PS Plus game. This means that you can jump into the action right away and experience the game’s excellent multiplayer mode.

The Call of Duty franchise is one of the most popular in the world, and for good reason. The games are always packed with thrilling action and intense multiplayer experiences. The Black Ops III campaign is one of the best in the series, and the game’s Zombies mode is also a lot of fun. Over time, the Call of Duty franchise has experimented with different settings and gameplay mechanics. However, at its core, it’s always been about delivering an exciting and heart-pounding experience.

This game brings the popular Final Fantasy franchise into the modern era. It’s an open-world action RPG that follows the story of Noctis, a prince who is on a journey to reclaim his kingdom. The game is gorgeous, and its combat system is both deep and satisfying. Packed with side quests and secrets to discover, Final Fantasy XV is a game that will keep you hooked for dozens of hours.

The award-winning Batman: Arkham series comes to a close with Arkham Knight. This action-packed game follows the Dark Knight as he faces off against some of his most iconic enemies. The game is set in an open-world version of Gotham City, and it’s packed with side missions and secrets to discover. The combat system is excellent, and the game also features a cool Batmobile that you can use to traverse the city.

This is a 2015 installment of the iconic fighting game franchise. Mortal Kombat X is packed with over-the-top action, and it features some of the most brutal finishing moves in the series. The game also has an extensive story mode that follows the events of the previous games. It is a two-player fighting game that is considered one of the best in the series.

This is a narrative-driven adventure game that follows the stories of three androids who are living in a future version of Detroit. The game examines what it means to be human, and it allows you to make choices that will affect the outcome of the story. Detroit: Become Human is a thought-provoking and emotionally powerful game that is sure to leave a lasting impression.

This is a post-apocalyptic game set in the Pacific Northwest. Days Gone follows the story of Deacon St. John, a former outlaw who is now trying to survive in a world that has been overrun by Freakers. The game is played from a third-person perspective, and it features an open world that you can explore. The game also has a robust crafting system that allows you to create items that will help you survive.

When it comes to free PS Plus games, there are a lot of great titles to choose from. These are 12 of the best free games that you can get with a PS Plus subscription. Whether you’re a fan of action-packed games or story-driven adventures, there’s something on this list for everyone.