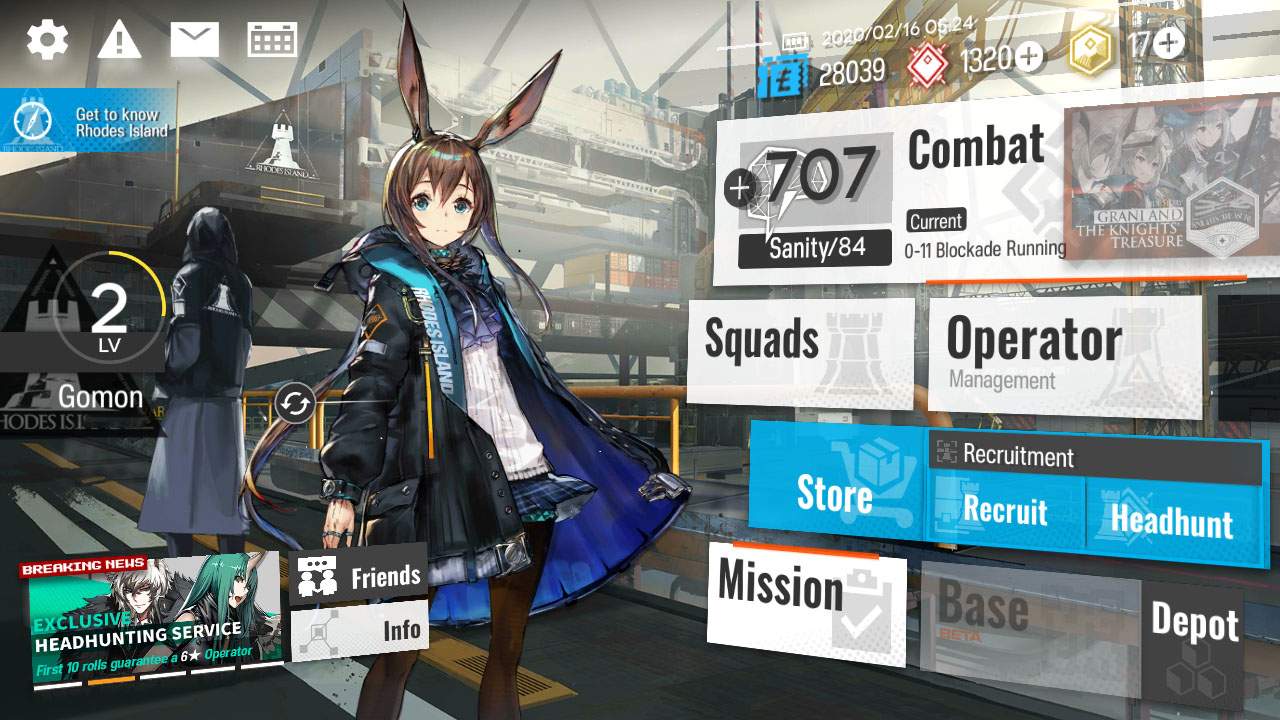 Arknights Characters: Know More About Them In Details

What is Arknights – In Short?

The Arknights is a free mobile game for tower defense. It is a strategy RPG game which is available on two of the biggest platforms – Android and iOS. The entire game is based on Rhode Island where a pharmaceutical company is fighting against a deadly infection as well as the chaos and unrest everywhere. The key members and the characters here have different roles in this game. You can take on the role of the key member to continue playing this amazing mobile game of Arknights.

How many characters in Arknights?

There are many Arknights characters that play some major roles in the game. The entire game is divided into 8 different classes and there are about 50 operators in the game. Here are some of the main and popular characters from each class:

Who is the main character in Arknights?

The main character of all the Arknights characters is the Doctor. It is the player character which you will have to choose for playing. The doctor is mainly involved in the death of the leader of Babel. In this game, Arknights, the doctor was one of the members of Babel before the amnesia. The Doctor also plays the role of a teacher for the two important characters – Projekt Red and Ifrit.

Who is the best Arknights character?

The best character of Arknights is SilverAsh who plays the part of a guard in Arknights. SilverAsh is an overpowered operator in this game. SilverAsh is a warlord and presently the Chief of SilverAsh family too. He has some very unique views about trade and economy. This is one of the best characters because the character is quite powerful as well as versatile in nature. SilverAsh can guard both on the defensive as well as on the offensive side. He has numerous talents and skills that make him one of the most popular characters in the game of Arknights.

Who are the big 5 Arknights?

1. Silverash: As explained above, the Silverash is one of the main characters of Arknights. He plays the role of a guard and is one of the strongest and most versatile characters with some amazing skills and talents. He has a very unique thinking when it comes to trade and economy which makes him one of the most popular and most loved characters too. He is an essential character and the character is often compared with Jon Snow of Game of Thrones.

2. Siege: This is the next most essential character and an ideal one too. Her Aerial Hammer skill is often considered as the most popular one as it is a perfect way to attack the opponents. She has a set of lion ears and a tail.

3. Saria: One of the most essential characters of the Arknights game is Saria. She is responsible for the defense of the tower and is a perfect character that can stand against a large number of enemies. She has some amazing skill sets too.

4. Eyjafjalla: This is one of the biggest Arknights characters and belongs to the caster category. She has quite good skill sets and one of them is ignition.

5. Exusiai: Exusiai is one of the most lovable characters in Arknights. She is a sniper and has the perfect skills and approach. She carries one of the best tools i.e. Kriss Vector Gun.

Who is the tallest Arknights operator?

The tallest Arknights operator is Hellagur. He is also the oldest operator in the game. He is enormous in size with the height of about 193 cm.

Who has the highest HP in Arknights?

The Arknights character who has the highest HP is Aak. Aak is one of the specialist operators of Rhodes Island.

This is all about the Arknights characters and their details. Hopefully, the information provided here can be quite helpful and informative for you to understand the characters properly. It is important to know the characters well before you start to play the game. Now that you have a pretty good idea about all the characters, start playing the game on your iOS or Android. You will surely love every bit of it. These characters are the most important ones. Play the game and enjoy it to the fullest!