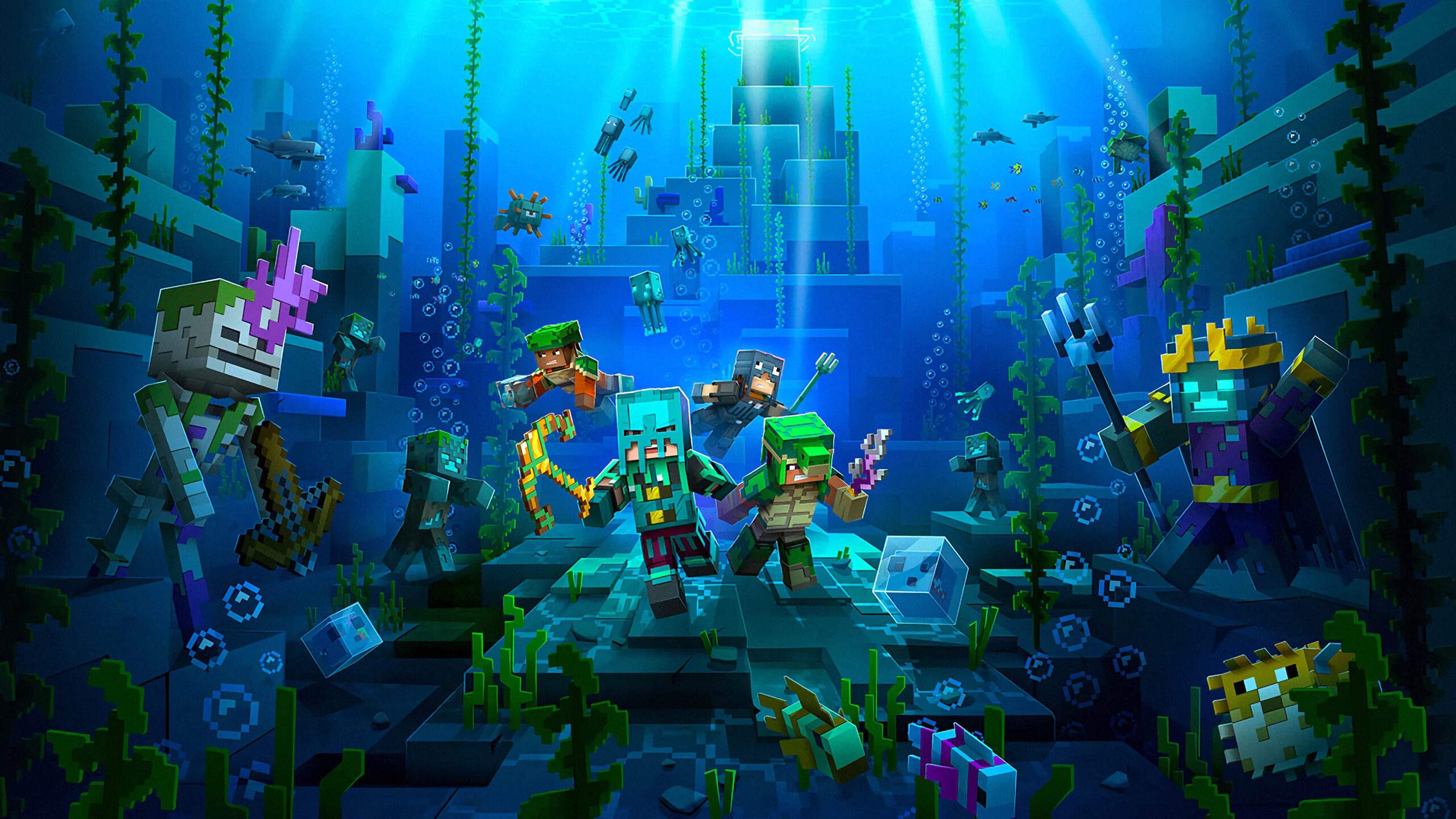 Respiration Minecraft – How to Swim Underwater

By George PhillipsMay 2, 2022No Comments

Minecraft has been considered a household name within the games industry for several years now, with more and more players joining to experience Minecraft’s expansive universe. While there are many things to enjoy and explore in Minecraft, one of the things players are often curious about is how to swim or breathe underwater in the game.

Being stuck underwater is probably one of the most hostile and unforgiving environments and situations in Minecraft. Fortunately, there is an abundant number of locations you can explore and discover in Minecraft’s oceans, which makes way for various possibilities of underwater Respiration in the game.

This article will walk you through the ways how to swim underwater in Minecraft, particularly the Enchantment respiration Minecraft, and how you can use this in the game.

How to Swim Underwater

Every player wishes to explore the depths of Minecraft’s oceans without limitations. However, swimming underwater doesn’t exactly permit this. In fact, spending even a few seconds under the oceans will only result in drowning.

That being said, maximizing your armor or equipment in the game is a must and, at the same time, an impressive feat for any player. This is because the goal itself requires plenty of effort and time for you to achieve it. If you do, you get to acquire considerable skills in attack speed, safety, or breathing to advance one’s life. But to do this, you must be able to maximize your armor fully.

There are many ways where you can be able to breathe underwater in Minecraft. From enchantments, equipment, potions, and more, each method you opt for will have you exploring every cave that each update has in store. For instance, one way you can breathe underwater is by utilizing a “Brewing Station.” This potion allows you approximately three minutes to breathe underwater. Nonetheless, this potion requires you to have a Water Bottle, Pufferfish, and a Nether Wart for it to work. You can do this by visiting the brewing station and allocating all of the items you collected into their specific boxes. After this, you can brew your potion and drink it to indulge in an underwater Minecraft experience.

The other, more long-term way of breathing underwater is by using enchantments that allow this same ability. There are numerous enchantments you can obtain in the game. However, the water-breathing enchantment will specifically let you move freely without worrying about drowning underwater, either in adventure mode or survival mode.

This is called the Respiration Enchantment, which is an enchantment that provides you a significant amount of time underwater before you’re able to drown. Furthermore, it also adds an additional 15 seconds for being underwater, with three power levels associated with it.

What is Respiration Enchantment?

The Respiration Enchantment Minecraft is a specific kind of helmet enchantment that considerably increases the time you spend breathing underwater. You can also apply this enchantment to other armors through the use of various commands. In the game, players only usually hold their breaths for 15 seconds maximum without enchantment or potion effects before eventually submerging in the water and running out of air, leaving them to drown.

However, the respiration enchantments work so that it increases the time you’re immersed in the water, allowing you to explore for an extended period without drowning. There are also different levels of Respiration in the game. These are:

You can also advance your respiration enchantments in Minecraft through the aqua affinity instances or encounters. Moreover, it also helps in facilitating underwater breathing and exploration for the players. You can fully maximize the effect by merging these enchantments using a turtle shell helmet.

Why is Respiration in Minecraft Important?

Apart from allowing you to swim and breathe underwater, Respiration Minecraft also has its perks and significance.

Firstly, respiration enchantments are essential for players to obtain, especially when gathering submerged blocks such as clay, sponge, gravel, prismarine stairs, or sand during the course of sea temple exploration of underwater shipwrecks. A respiration enchantment aids the player in solving and attaining their objectives or goals by keeping them under the water for a longer period than usual.

Moreover, the respiration enchantment also comes in handy when trying to conquer the sea temple. In this process, the player typically needs to attack the barricade, which consists of the Elder guardians, including the barricade of the same guardians at the same time.

How to Obtain Respiration Enchantment in Minecraft

You can freely add this enchantment to your helmet or leather cap using an enchantment table, anvil, or game command through these steps:

1. Locate lapis lazuli ores by exploring or mining the caves. After, use the furnace in extracting lapis lazuli from the ores.

2. Once obtained, you can refer to the enchantment table to acquire various powers for your helmet or armor. There is only the current option of requiring either a level equal to or less than the player’s level or a lapis lazuli tea equal to or less than the lapis lazuli amount on the enchantment table. Depending on the number of experiences you possess, you can choose from the range of options; this usually merges items with random enchantments. After you like a specific type of enchantment, you can now select it to view your device’s appearance.

3. Create the Turtle Shell by utilizing Respiration. Once you’ve gone through the steps, the player receives a water breathing status effect by wearing a turtle shell in the helmet while you’re out of the water. A respiration enchantment significantly increases this up to 70 seconds.

Using respiration enchantment allows players to spend a long time underwater. This makes it easier for you to obtain submerged blocks and acquire their objectives by being submerged longer than usual. You can get an extra time of 10 seconds by using enchantment on a turtle shell. Besides this, you also spend a total amount of 60 seconds or one minute underwater through the respiration enchantment’s three levels, going as high up to 70 seconds if you merge it with the turtle shell.

What are the best seeds for Minecraft in 2022

End portal how to make it and finish Minecraft

How to find a village in Minecraft