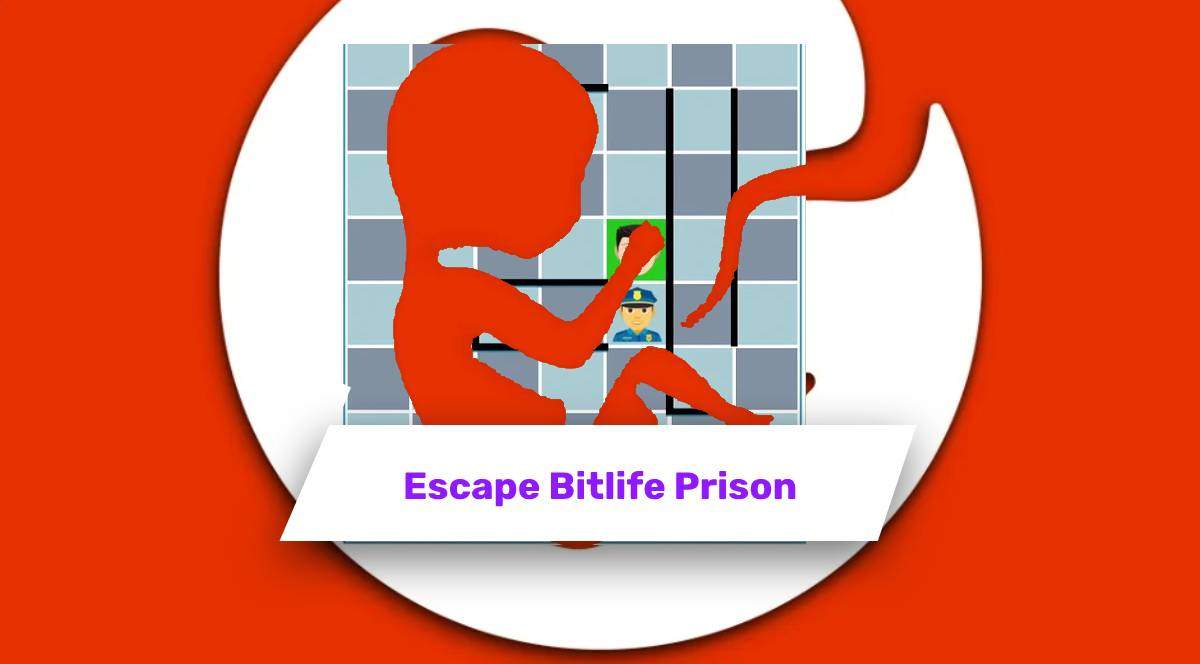 How to escape prison in Bitlife – All prisons escape tutorial

I know you are here because you are looking for How to escape prison in Bitlife. One of the funnest mini game in Bitlife, prison escape is a puzzle game in which you have to find the exist out of the prison. Coming in different grids like 7×5, 4×4, 8×8 and many more but also have a twist. Some of the prisons could have the map upside down.

But don’t worry. We cover everything from how to avoid the guard to all types of security prisons like medium, maximum or minimum. Some were even considered to be nearly impossible to escape from.

Some of the maps can be rotated, flipped or even mirrored. So just find the difficulty, the grid size and on your mobile phone look how the map is rotated.

If you are wondering why you should get arrested in the first place, there are a few ribbons that require you to enter and get out of the prison like Cunning, Scandalous, Deadly, Houdini and Jailbird. Check out more details here : Bitlife Ribbons– All 40 ribbons and how to get them in 2021.

How to escape from every prison in BitLife:

Depending on how you receive this map it will either be a 7×4 or a x7 prison and we will tell you how to easily escape it.

The two “cages” comprised of 3 walls each is what will help you plan your escape. Revolving around the “cage” will guide the guard right where you wanted him to be.

With a lot of walls around the prison map, it’s a medium difficulty map. You can try to go across the walls and and block the guard in the right side with 3 corners. It should be easy enough.

Take the guard and guide him in the bottom left side trapping him in there.

This level is rather easy to pass if you go around the map and block the guard. When the guard is blocked move to the other edge completely before trying to go to the gate. This will give you the advantage of getting further away from the guard allowing the perfect setup for your escape.

A 5×6 map it only has four walls. This means that the guard can move more freely and can catch you a lot faster.

With a plethora of possible ways to defeat it try and stick with the method in the video for a quick easy way out.

Wondering how can you escape 5×5 prison in Bitlife ? This one is a bit hard as the prison guard won’t move from the escape door as you make quite a lot of move. But keep yourself persistent, move close to the guard and then try and guide him on the right part of the map in order to block him between the three levels.

An easy map, but we got some requests from you to explain how to finish it. You can actually just move straight through the escape door while the guard get’s trapped behind the wall near the door.

The good part is that guard is stuck in the beginning and can’t move anywhere if you move horizontally. That is enough for you to gain momentum and distance yourself from the guard.

With room to work around the 6×6 prison, map features quite a lot of walls. This will help the guard to trap you but there is a trick to be made. Just stuck the guard onto a wall and walk away like nothing happened.

This is the second 6×6 map that yo can encounter in Bitlife. But this prison is filled with walls. This is a gift and a curse as you should walk around the map trying to lead the guard between three walls and keeping him there. Once the guard is locked just go to the other side of the map making sure the guard is stuck until you reach the exit door.

A 4×4 prison map and a single wall corner is extremely easy to pass. Just navigate on the opposite part of the exit door, move to the top left corner and then down to trap the guard.

For a clean escape move until the guard is above the single wall. Then move down and distance yourself from the guard as explained in the video.

A tiny map, this prison requires you to trap the guard in one of the open blocks with 3 walls. This is pretty easy to pass.

A tiny map, this prison requires you to trap the guard in one of the open blocks with 3 walls. This is pretty easy to pass.

Dead easy map, just move on the left side and in the bottom corner until you block the Bitlife prison guard on the three walls block. Once they are stuck you can evade the prison.

This is a mouse and cat chase. It needs quite a lot of moving around the map and back and forth to be able to block the guard and make your way out.

Highest paying jobs in Bitlife and how to not get fired